Most of us, if not all, love swimming. Especially on a hot day, soaking in the pool is a very enticing idea.

A deaf Great Dane named Max can surely relate to this. He loves swimming so much!

One day, his mom decided that swimming was not the best idea at the moment. Max was so disappointed that he can’t help but argue with his mom. Lucky for us, their adorable banters were caught on camera.

In the viral video, Max was standing near a pool. He can be seen wearing a jacket on one of his front legs. The jacket is usually used to cover a sore or even a stitch so that it can’t be bitten or itched.

With that, Max needs to be kept dry to avoid complications. But the swimming pool seems so enticing. And Max can’t seem to resist the calling of the water.

When Max stood near the pool, his mom instantly knows what he is about to do. So she decided to act quickly.

She then told Max no before he can do anything they’ll regret later. She went on and explained that his jacket should not get wet. Therefore, he is not allowed to swim in the pool.

Despite being deaf, Max seems to understand everything his mom is telling him. It was then that he started whining before finally throwing a tantrum. He was trying his best to change his mom’s decision.

After whining some more, Max decided to inch a little too close to the water. He went on and tried to dip his paw to perhaps test the water. But his mom was quick to tell him no. And so he proceeded to continue his whining!

Although a bit stubborn, Max still obeyed his mom and did not dive into the water. He finally realized that it’s for his good. 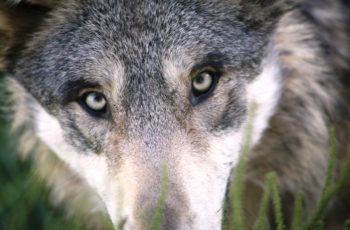 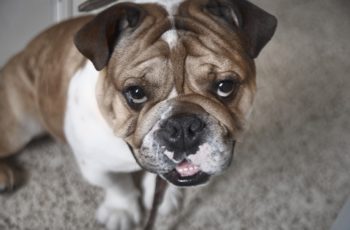