Everyone knows how dogs value their personal space. Even if our canine pals live in the smallest nook, they don’t care so long as they have a space they can call theirs.

Thus, one funny Husky can’t bear to watch other dogs swim in a pool in its favorite dog park. By the looks of it, the other canines need to use all their energy to convince the Husky to share the pool with them.

No, don’t go there! That’s mine only!

In this amusing footage, three dogs run across a verdant green lawn. One of the dogs’ a brown-furred Doberman, while the other two are adorable Huskies. 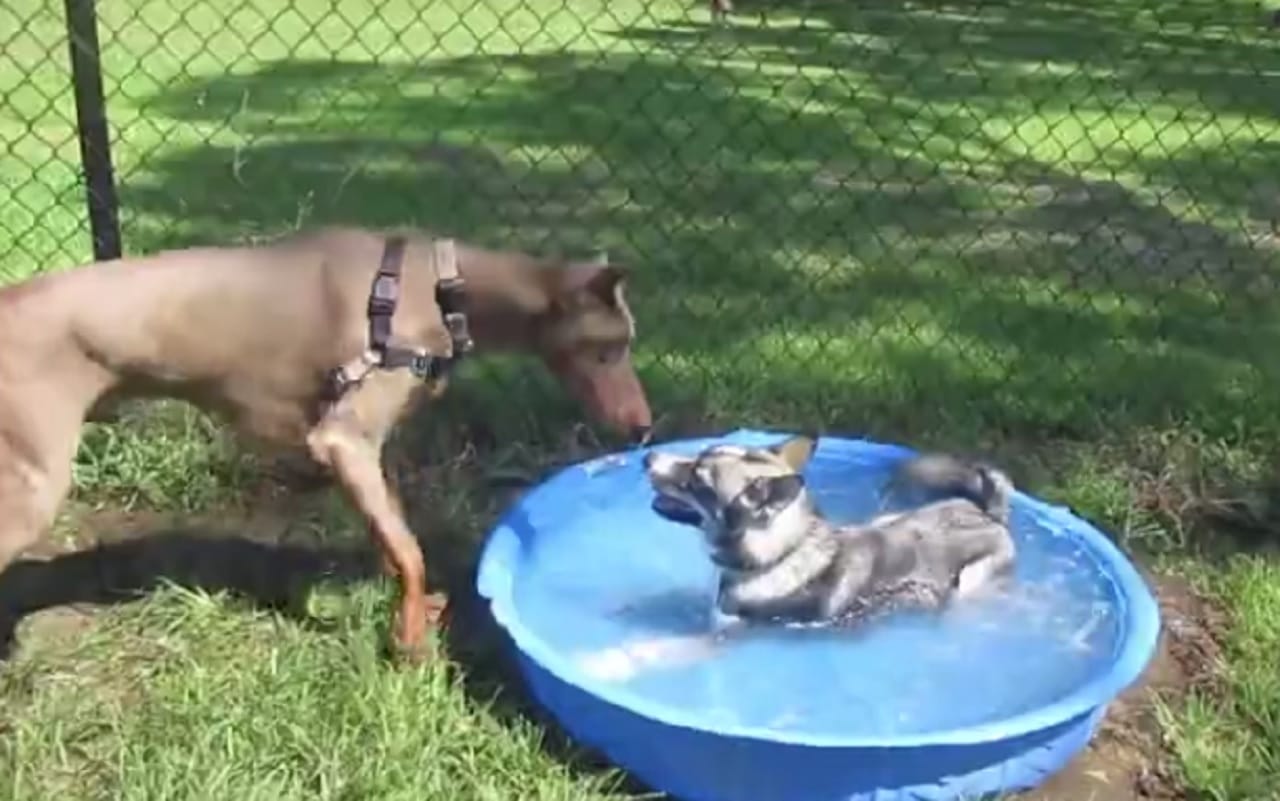 At first, you’ll think these three energetic canines happily run across the lawn as if they’re playing track and field. But, as you continue watching, you’ll soon realize that the three jolly dogs feistily saunter towards a water-filled pool.

But, before the Doberman and the other Husky could reach the pool, the more energetic Husky starts sprinting. Without wasting any second, the naughty dog then dives into the pool and happily takes over the area.

Now that the territorial Husky assumed ownership of the pool, the other two dogs can’t do anything but watch. Even if the other Husky attempts to soak itself in the water, the defensive doggo immediately stands up to defend its spot. 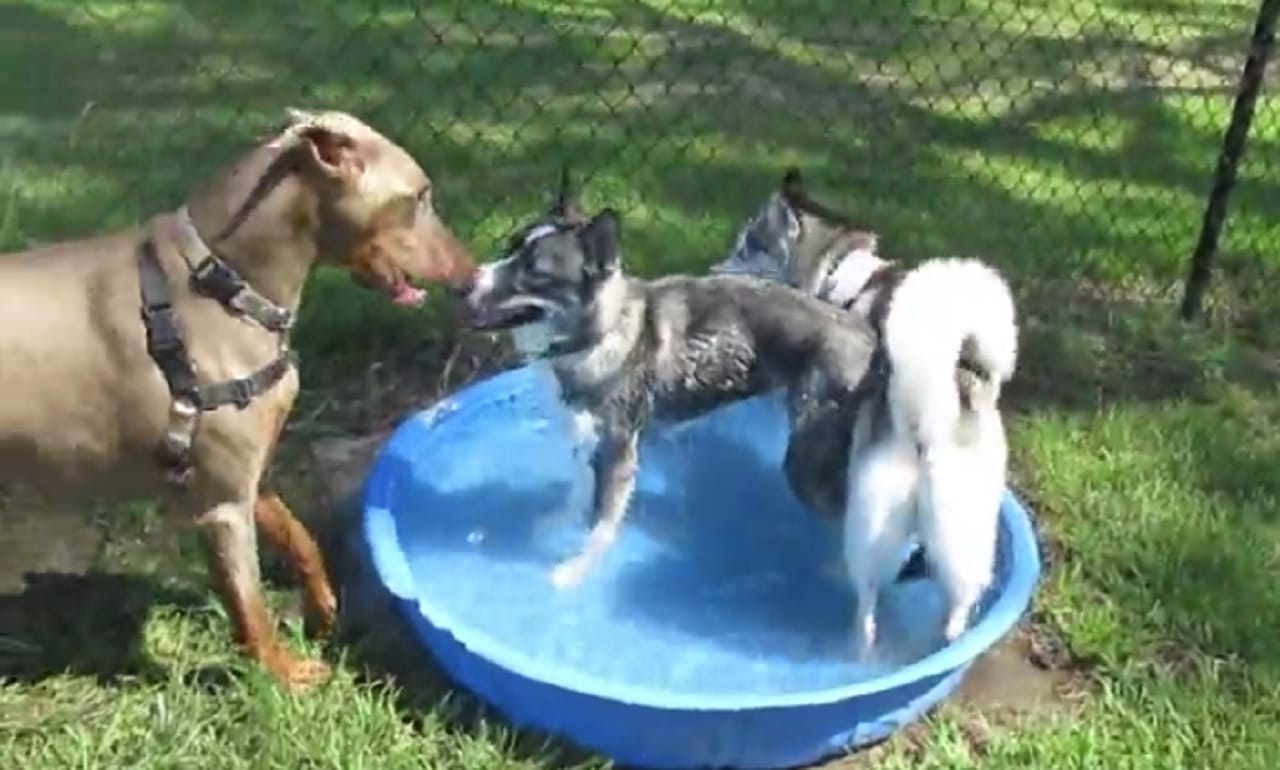 Seeing how the feisty Husky performs everything to guard its newest private pool, Dad can’t help but guffaw in laughter at its behavior. Yet, Dad doesn’t do anything to interfere with possessing the supposed to be a public pool for dogs.

This scenario continued, with the defensive dog barking and hunching to emphasize its point to the other canines. Do you think the Husky’s furry friends understood its warnings? You better watch the entire linked video below for you to find out. 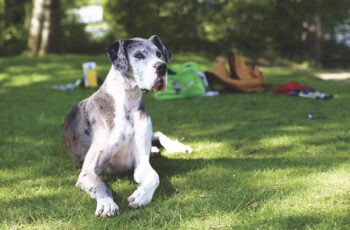 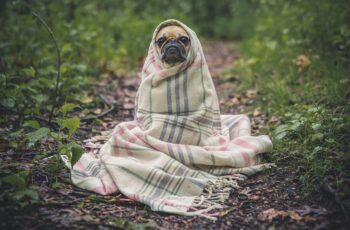