Karlee of The Korean K9 Rescue received a call from her friends about a group of puppies living underneath a big woodpile on a construction site in Jeju Island, South Korea. The locals were apparently trying to pull the pups out of the dangerous area because they knew it was going to be demolished.

Karlee said that the mama dog and her puppies were scared and skittish around people. Karlee shared that the pups eventually started coming out of their hiding place after she and her colleagues put food and water for the dogs before breakfast and lunch for four days.

Karlee said that they visited for a couple of more days to see if the pups’ mom would show up, and she finally did. Karlee recalled that the mama dog they named Hinsoona was skittish, and she would not let anyone pet her, so they decided to think of different ways to catch Hinsoona.

Karlee said that they put the puppies in the back of the car to get Hinsoona to jump in, but she did not. Karlee and her coworkers also tried bribing Hinsoona with chicken, doggy treats, and even putting the puppies in a secluded area so they could trap her, but nothing worked.

Karlee recalled that someone suggested taking the puppies in the truck’s trunk to see if Hinsoona would follow. Karlee said that she lives a 10-minute drive from the place where they found the Hinsoona, so that is what they did.

Karlee shared that she immediately let all the puppies out as soon as they arrived in her yard, and Hinsoona could not be any happier because she is finally with her babies again. Karlee fostered Hinsoona for a few weeks, and Hinsoona eventually became more comfortable as time passed. 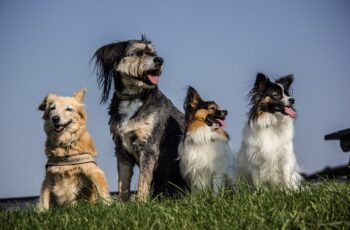 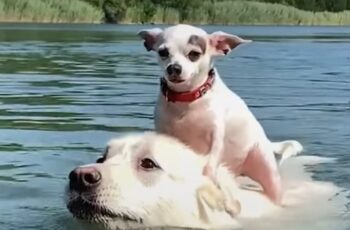