Michael Hingson thought this was another ordinary working day. Michael is blind. He always had a guide dog with him since he was a teenager. He grew up learning to be dependent on them for mobility.

On this day, Michael was with his guide dog, Roselle. He worked in his office on the North Tower of the World Trade Center in New York. Then in a few moments, tragedy strikes. This was Roselle’s moment to show her best abilities.

Chaos erupted all around them after the first plane slammed into the building. Being the highest officer present at that time, Michael had to take control and guide his fellow officemates and some guests to calmly follow him and find their way down the building.

After some grueling minutes, they were out of the building. More chaos ensued, especially when the buildings fell. Dust engulfed everyone. People panicked, and the street was in disarray. Roselle never left Michael’s side.

Some so many people never got out of the World Trade Center alive. A blind person surviving the attack was a miracle. Were it not for the dedication of Roselle, Michael’s survival would be doubtful. Michael was thankful beyond words.

Such experience was extra-ordinary. Michael was able to write a book about it. He wrote about the exploits he had with Roselle. Unfortunately, Roselle died several years later. Michael now has a new guide dog to accompany him. Michael will never forget Roselle’s dedication and heroism. Roselle’s selfless act is an inspiration for us.

Roselle’s story will continue to inspire people to respect dogs and other animals. Dogs can be more than just a companion or a pet. They can provide support and loyalty to times when we really need it. They can be our heroes when the situation calls for it. 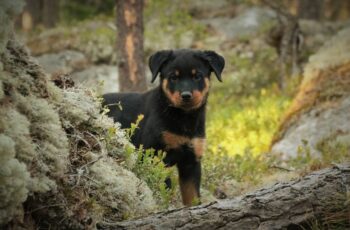 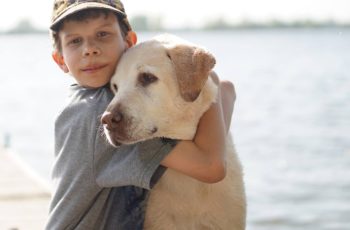