Valerie was a trainer at America’s VetDogs. It was another typical workday when she received a call about finding a dog for former President Bush. Without a second thought, she knew that Sully was fit for the job.

Sully was one of the best canines at America’s VetDogs, the organization that specializes in training highly-skilled service and guide dogs. Everyone at the organization was sad to see Sully go but they were happy for him.

Former President Bush thought that Sully was a great service dog. He liked the idea of Sully serving the veterans at Walter Reed Medical Center.

President Bush passed away after having Sully for six months. It was evident that the dog was heartbroken as he mourned with the rest of the family.

After the funeral, Sully was returned to Valerie, and she temporarily fostered the dog. Sully had to wait two months before he got transferred to Walter Reed.

The dog was in a relaxed mode and did some training while he waited. Valerie thought it was a good idea to get in touch with the owner of Roxanne, Sully’s dog mom.

Roxanne was a mellow and chill dog. Sully was her second puppy, and the two of them got separated when Sully was only six weeks old.

After a few days, Sully and Valerie visited Roxanne’s home. As the doors opened, Sully knew it was his mom and excitedly ran towards her. The two dogs spent the whole day together, jumping happily and playing nonstop.

The time came when Sully accepted his mission at the Walter Reed Medical Center. Everyone from the United States Navy was excited to have him on board.

Watch the incredible story below: 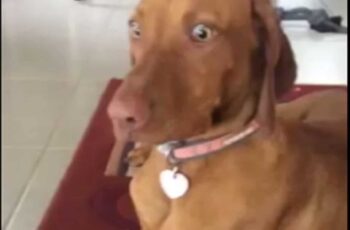 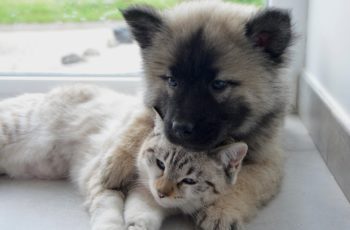