Here is another story of an amazing dog transformation of a brave senior pup who has never lost hope. Charlie, despite his age, did not lose hope that one day someone will come and save him.

Howl Of A Dog rescued the pitiful dog from a pound. The senior dog had no name, just a number printed on his ear tag for identification — 21344. The poor pooch was around eight years old at the time of rescue.

The dog numbered 21344 has lived a tough life. He never knew how it is to hear kind words. He did not understand what affection felt like.

The pup was confined in a cage and was never taken out for a walk; he was frail and emaciated. Because the poor dog was starved, he was unable to stand properly — unstable, especially on his hind legs. The dog’s skin was itchy from the bites caused by the fleas that infested and hid in his fur. The dog scratched like crazy.

Howl Of A Dog, who called the dog “Charlie,” has helped make the dog’s beautiful recovery. Since his rescue, he had embarked on a fascinating journey and transformation.

Much to Charlie’s surprise, he found a lovely adoptive family from the United States. Charlie now lives in Lafayette, Indiana, together with his new brother Bingo, another rescued dog from a local shelter. Charlie and Bingo also live with five adorable cats in their home.

Charlie has also received a new name. He is now called “Pace” by his new family; his new name means peace or serenity in Romanian. His adoptive mom, Janice, has given him this name in honor of her Romanian origin. 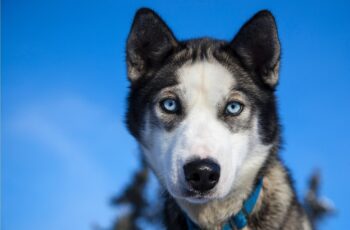 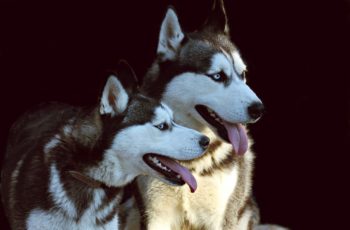