Sadie the German Shepherd lived her days at the shelter after her family left her behind. The incredibly loyal canine later found a new dad and ended up saving him from a terrifying incident.

The Ramapo-Bergen Animal Refuge in New Jersey was a rescue sanctuary for strays. One of their newest recruits was Sadie, a German Shepherd that was left behind because her family migrated.

Sadie was a sweet playful, and obedient dog. She got along with everybody, but it was evident that the dog got reluctant around men.

Everything changed when the German Shepherd met a kind man named Brian Myers. Brian was in search of a new canine companion and Sadie was the perfect dog. The two had an apparent connection so Brian adopted the dog.

After spending a few months together, something frightening happened. Brian unexpectedly suffered a stroke while he slept. Suprisingly, Sadie knew what to do.

Once Sadie realized that something was off, she rushed to her dad’s side. She licked Brian’s face nonstop and pushed the phone towards him and he dialed the emergency hotline without getting up.

The ambulance came and took Brian to the hospital. Thanks to Sadie’s heroic act, Brian survived the terrifying stroke.  While Brian was in recovery, Sadie temporarily stayed with his brother.

Brian felt so grateful that he had such a smart and loving dog. After he was released from the hospital, he showered Sadie with a lot of gifts and treats to thank her for what she did.

Although Sadie was the rescue dog, she ended up saving Brian in the end. Brian had no clue what he’d do without his beloved German Shepherd. Sadie was just happy she was there when her human needed her. 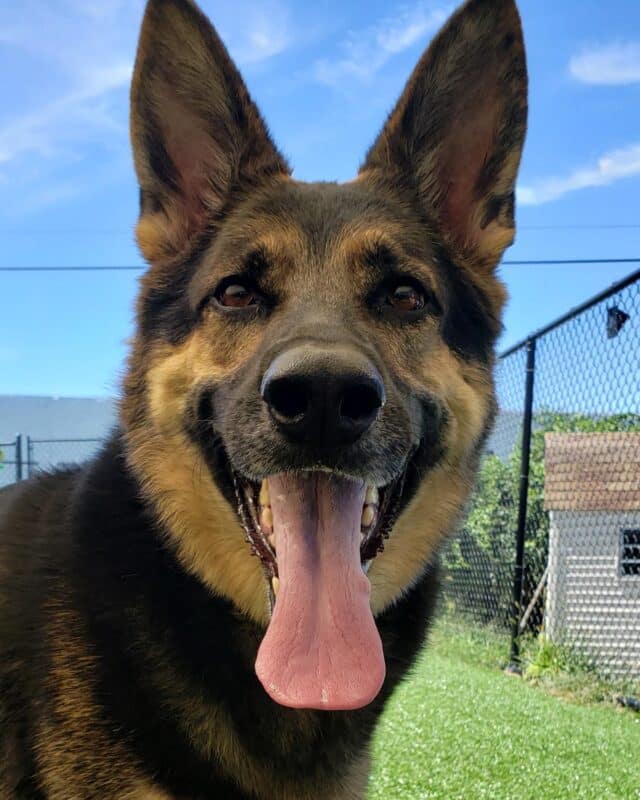