Freya is a puppy who had been abandoned by its owner in the woods. She was found inside a duffel bag, and the owner thought she would die there.

The rescuers found the puppy, and upon closer inspection, they saw that the puppy didn’t have her front paws. She also had a back injury and was crying because she was in pain and was scared.

Freya was brought to The Arrow Fund, an animal rescue group, and she was flown there because of her condition. The people at the rescue group immediately rushed the dog to an animal hospital where the doctors worked and had to do everything to save her.

The doctors found out that the dog’s femur also was fractured, and they were suspecting blunt force trauma as the cause. This led them to believe that whoever left her to die alone in the woods was also the one abusing her.

Emily Weedman works at the rescue group, and she met Freya the day after her checkup. A colleague told her about Freya, and when she saw Freya for the first time, she understood that this dog was meant to be hers. With that, Emily said that she would foster the dog.

When Freya was able to get out of the hospital, Emily took her. Emily and her family took care of the puppy and made sure that their house had rugs and towels and cushions so Freya can move about comfortably. The entire family loved the dog, and the dog loved them back.

Freya may not have front paws, but she manages to play and run. She loves the game of fetch and also adores going out for walks. But this led to Freya having sores on the nubs where her front paws were supposed to be. To help her, Emily put socks on them.

Freya became a foster fail as Emily adopted her for good. 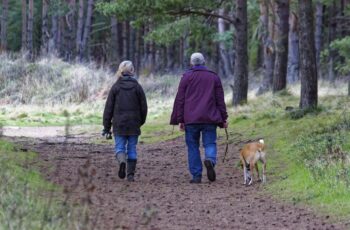 Our dogs have strong benefits for a positive mood.  Here … 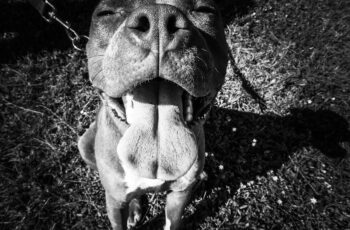